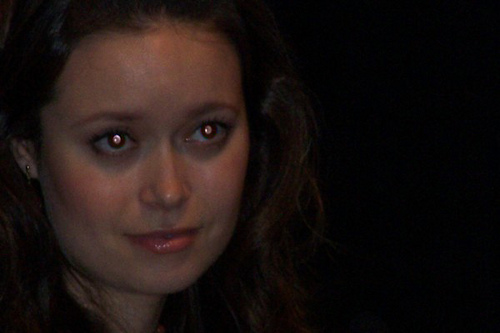 There is a special time when I think with the right guidance people could learn psychic gifts. You see, when a teenager is angry, you can feel it. Not just hear the huff of irritation, see the eyeroll of angst, or watch the sharp angry movement of disgust at every adult in the world.

No, teenagers make the very air toxic when they are upset. It’s as if a fog sweeps through their pores and you breathe in their anger and hatred for you. When they pout, because you are just so unfair and don’t understand, vibrations emanate from them that make your teeth ache. It feels as if someone is continually scratching their nails on a chalk board.

If you call them on the psychic attacks they just get pissy and storm off saying they aren’t doing anything.
But they are—they are trying to kill you with their mind.

Oh sure, it’s subconscious, but if they had training they could become lethal weapons. The Alliance took River Tam when she was a young teenager for a reason, you know.

Girls tend to be more powerful than boys simply because they will internalize their anger and seethe silently for hour, days, sometimes weeks. Ask a girl to clean up after herself, and you need to bring out crystals and sweet grass to burn in order to protect yourself from their toxic fuming.

Boys tend to be more instant. They cuss at you, slam their bedroom door, turn on their music and move on. But those boys who internalize their venomous teen angst are just as toxic.

Unfortunately, there is little a parent can do. Ignore the teen, and go about your business. When I say ignore, I don’t mean glaring at them or their bedroom door waiting for the psychic attack to stop. I mean do something, read a book, check your email. While your stomach is turning inside out, and you’re thinking of pulling out your own teeth just to make it stop, you pretend like nothing is happening.

Chocolate is good for dementors and psychic teen attacks. Always have some on hand; dark chocolate works best mostly because teens don’t tend to like it and will leave it alone.

Breathe slow and steady and remember eventually a friend will text them, their favorite song will come on the radio, or they’ll fall asleep and the attack will stop. But be careful until then, because in that moment you have a River or Sheldon trying to kill you with their brain. 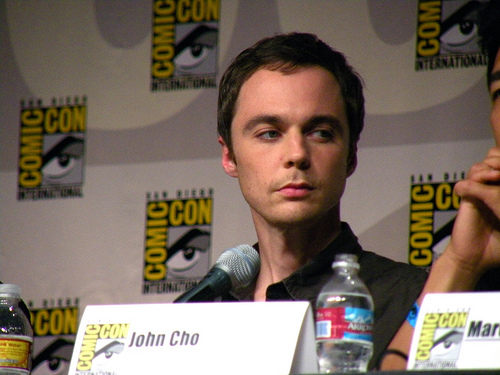