The Betrayal of Glee 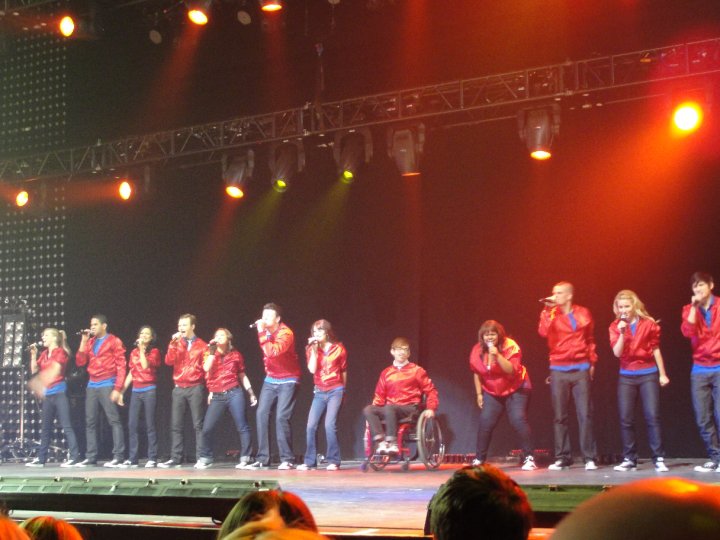 When Glee first came out I was so excited I couldn’t sit still when talking about it. I counted down the days from the pilot to the first show. I bought the DVDs, the CDs, went to the first live show, and got in line at 5 a.m. at Comic Con to see their panel! I was a HUGE Glee fan.

During the second season I stayed true to Glee, looking forward to Wednesday night with great anticipation. I would squeal over the episodes on FaceBook and Twitter, and talk about them with friends. And then something changed, the quality of the show changed, the integrity of the story line shifted, and the last four episodes were such disappointments.

I again went to the live show, and got in line at Comic Con to see the panelthis year in Hall H instead of a smaller ballroom at the Hilton. I was hopeful yet apprehensive as the third season started. By the fourth episode my husband had banned me from watching my once beloved show because I ranted and raved at all the gaping plot holes and huge mistakes in the story line.

Now I see commercials for season four, and the pain of betrayal, the grief of losing a favorite show, and the desire to get back to the Glee they started with is fresh in my heart and mind. I have been told that it has gotten better, and that the new people they are bringing on are amazing. I’ve been encouraged to give Glee another chance, but I’m just not sure. Let’s look at the extent of the betrayal, maybe you can help me decide. 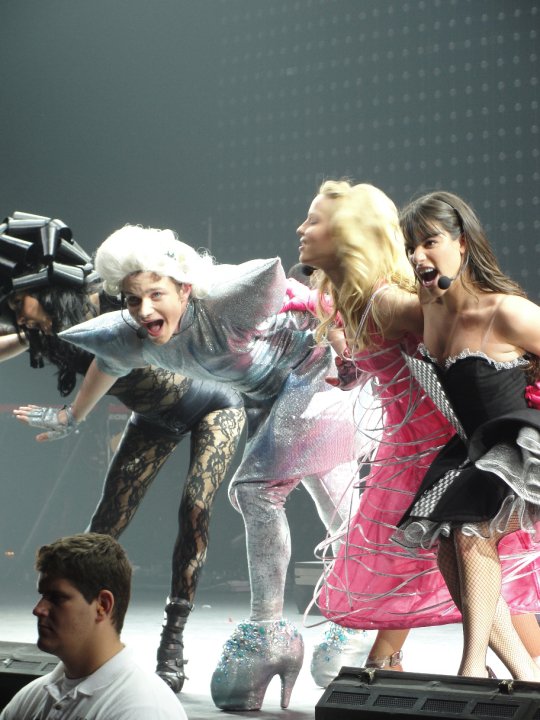 Rule to keep in mind- keep your fiction true. It doesn’t matter if it’s police, teens, or vampires, you must keep true to your story, plot, and world building.
The betrayals:

1. Blaine’s age. There is a wonderful post here on the subject, but basically the writers realized how popular Darren Criss is, and that they wrote a story where half their cast was going to graduate and leave, and they didn’t want their big money train to vanish, so they made him a junior in the third season. A junior!!! Suddenly Kurt is a year older than his boyfriend, um NO no no no. I am sorry, and I understand not wanting your beloved characters to leave, but hello this is what you wrote. Do they not watch BBC, aka the God of television?? You can end a beloved show, a show people still want more of when your story line has ended. If you don’t want to do that, you can still turn to the wisdom of BBC and GET NEW CHARACTERS! Yes people love specific characters, but we also love good writing, directing, and dance numbers. We will mourn the people who leave and embrace the new ones coming in. Don’t believe me? Dr. Who should be proof enough of this.

2. Sue. I love Sue’s character. I adore her evil, barely sane plans, her evil snarky dialog, and her evil track outfits. However, the writers gave her a growth arc. She grewjust a bitin season 2. And then in season 3 she is back with her focus to destroy Glee, again, after they choose to have her grow past this. WTF!!!! This isn’t okay. You, as the writers, are the Gods of this Universe. Choose what will work for the whole series. Don’t backtrack. That is cheap, shoddy writing. Laura K. Hamilton did the same thing in her Anita Blake series, which I loved and now won’t bother reading. Anita slowly grew, she learned, she made different choices, and she tried hard. Then in, what, book 12 or 13, the one with the weretigers, gone. All the growth especially towards her men and their relationships, gone. I no longer have any respect for Anita as a character and Laura as a writer. This was a huge mistake. I don’t care what happens to them anymore. Growth arcs are important and need to be maintained. Be a good writer and don’t write yourself into a corner.

3. Speaking of growth arcs, let’s talk about Sam who had the biggest growth arc in season 2, at least I thought so. Then let’s discuss how he wanted a full-time contract and the jerks at Glee said no and fired him. I can’t begin to describe how pissed I was at Comic Con when the producer told us this. Okay, so, I have paraphrased but the key bits are true. No Sam, and it’s Glee’s producers fault. And I knew in that moment, I knew they would give Mercedes a stereotypical big black boyfriend. And I am so sorry to say I was right. Now they brought Sam back when the fans threw a fit. But still some people over at Glee got too big for their britches and seriously FUBAR-ed on that one.

4. Parents, where are they? I understand that standard teen stories require the absence of parents, but Glee takes this to an unrealistic level. Rachael didn’t become such an egomaniac diva on her own, her parents were there every step of the way except at ALL of the Glee performances. Seriously, Glee, and a live school band, performed to an almost empty auditorium. Really? Not one parent showed up? Not one wanted to see their child sing, dance, play their instrument? I don’t believe that for a second.

5. Quinn. This nitpick isn’t a huge betrayal but still pissed me off. Through her whole pregnancy she wanted to give the baby up for adoption, which she did in an open adoption. Then in season two she seems fine. Season three she loses her mind and is determined to get her baby back. You can’t get a baby back once you have given it up, and in a country with a huge teen pregnancy rate, you choose to make adoption bad/scary/emotionally difficult. Thanks, good karma points there, guys.

6. Coach Beiste in season 3 sits down to lunch, which is an entire chicken. How dare you. How dare you create a show about accepting people for who they are, about honoring who you are, and about friendship and then pull this shit! I felt embarrassed for the actress and I felt bad for heavy kids watching the show. Also, with all they did with weight and body image regarding Mercedes, it just didn’t fit. This was the last show I watched.

7. Parents, part 2, plus the ULTIMATE BETRAYAL. Okay, we have to go back to Blaine again and to the deepest wound in the whole Glee betrayal. THEY LIED TO US AT COMIC CON!!!!! I know, right, how dare they? They (producers and writers) assured a room full of 7,000 fans that Blaine would NOT be leaving Dalton, and that the Warblers would still be around. LIES!!!! First off, where are his parents? What parent in the right mind would allow their gay son, who was beaten up and bullied before in public school, go back to one known for having a huge bullying problems?? AND Blaine was at a prep school, where not only was he safe, but he also was getting the kind of education that changes the opportunities in his life. We are supposed to believe that his parents let him leave a school he was happy at and doing well in to follow his boyfriend to a horrible public school? NO NO NO!! This is simply not right or true or real. No half-way decent parents would allow their child to mess up his future to follow his boyfriend, a boyfriend who is a senior and will be leaving. And how shitty is that of Kurt? To beg his boyfriend to follow him to a crappy school where he’ll get bullied to be with him for a year! And then Kurt will leave him! ACK!!! Now they’ve made Kurt a jerk. 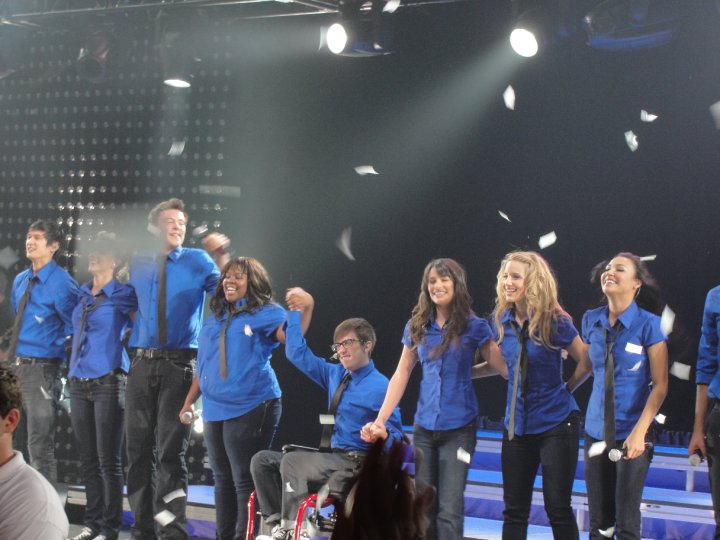 So my dear Spider friends what do you think: should I give Glee another chance?

Have you ever been betrayed by a show or book series? If so please feel free to use the comments section as a safe place to purge your feelings.