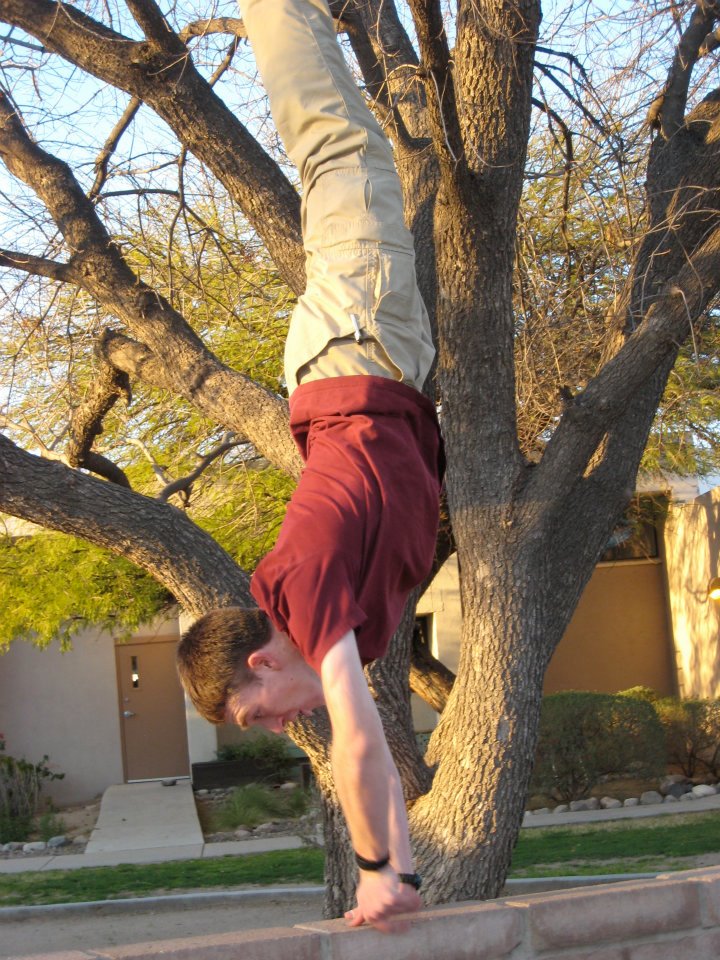 Logan McKenna: My mum just called me a wuss/loser. So I’m putting it up for a vote and letting y’all decide whether I’m a wuss/loser. lol
Stewart: god no

Rachael: I agree with stewart!

Alica Mckenna Johnson: RUDE! He wasn’t able to do a hand stand push up. A mom has to have standards.

Logan McKenna: Hey, I wasn’t able to stay balanced after doing the push up.

Alica Mckenna Johnson: No excuses!! Would a Navy Seal be whining like this? I think not!

Logan McKenna: I was stating a fact not whining 😛

Alica Mckenna Johnson: whatever. It was in your tone.

Logan McKenna: How can you tell what my tune is over text? and so far it’s 4 to 1

Alica Mckenna Johnson: TONE your tone of voice, but the tune you are humming is also very whiny.

Logan McKenna: What tune was I humming? I don’t remember humming anything, unless you are saying that the hum of my heart is whining

Alica Mckenna Johnson: I didn’t want to say so in front of your friends but yes, yes it is.

Logan McKenna: Haha. I know there was a reason I liked to hang out around you just after I worked out so that my humming heart would annoy you

Alica Mckenna Johnson: lol. You’re such a brat
Logan McKenna: I am, and proud of it. And this brat is going to Circle K to get a Dr. Pepper

So this conversation got me thinking, what are the standards I have for my son? I thought long and hard about this, echoes from my feminist upbringing urging me to use words like sensitive, understanding, able to cook. And all of that is great but really I want my son to be able to do handstand push-ups on a bed of nails. Recycle glass bottles and fabric when he makes his Molotov cocktails, and dance to ‘Party Rockin’ while picking out the drug lord he needs to take out.

Yes I want my son to be an action movie hero, with enough kung-fu movie hero to make him extremely lethal, and a dash of Joss Whedon hero because then he would have witty one liners and could cook.

Someday instead of Chuck Norris sayings there could be saying about Logan.

When Logan goes to save a puppy, angels cry at his compassion.

When Logan goes home, he travels over buildings because gods don’t walk upon the street.

When Logan gets diamonds for his mum, he makes them by hand.

So what movies have inspired your parenting skills?

My Daughter is So Funny

Grossing My Children Out with Bodily Fluids