Bayard/Lamb Vote for a Pair in the White House!

I am thrilled to be hosting the lovely, practical, and fierce Piper Bayard and Kristen Lamb on their world renown blog tour. I hope the questions I have asked this dynamic duo will entertain you and help you choose who to vote for this November! 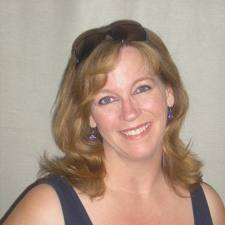 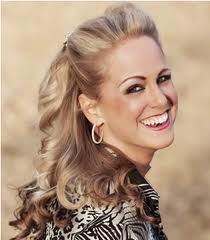 1- With the internet the world is become a smaller place and yet it feels like we really don’t know a lot if any thing about other countries and cultures, how will you help us get to know other peoples and their way of life?

Actually, with the internet and the constant emphasis in popular culture on “cultural diversity,” we think the most elusive cultural concept is that of American culture. So we would start out by introducing people to American culture.

America has become so fractured by Special Snowflake groups, all in a race to hyphenate themselves into special status, special benefits, and special linguistic treatment, that this country has forgotten what we all share – an American culture.

What is American culture? It’s this computer we’re reading on. It’s the car we drive. It’s the subway we ride.

And ketchup. Would the French have invented ketchup? The Germans? The Africans? No. Way. In fact, we came up with ketchup just to piss them off. It ties us together as a people. We even put ketchup on our smartass t-shirts. What could be more American? That’s what our school kids need to be learning instead of how different we would all like to think we are.

We could go on, but the fact is that there is entirely too much emphasis on “cultural diversity.” We need more emphasis on what makes us Americans. More cultural solidarity. Let the uniting force of ketchup flow!

2- In my work I see a lot of children not reading at grade level. The current school programs just aren’t working. How will you help increase not only our children’s ability to read but their love of reading?

First of all, we will leave them alone and let them be kids. According to the wisdom of ages, children aren’t developmentally ready to read until they begin to lose their teeth (around age seven). Part of the reason many kids don’t love reading is because they’re stuffed into chairs and force-fed the alphabet from the time they are three years old. You know that generation of Americans who put men on the moon with a slide rule? Yeah. They learned to read at age seven, and they were fine.

When the kids reach second grade, we will provide them with Kinects and interactive video games. Their world is a world of internet and text so we will teach them with their own tools. Not only will they learn to read, but teaching them with Kinect will also combat childhood obesity. It’s win/win. Kids get their few precious years to be kids, and when they do learn to read, they are getting a bit of exercise, as well.

3- In times of possible or emanate disaster our government has put out notices of emergency supplies everyone we should have on hand. With an Alien Invasion and/or Zombie Apocalypse looming over us, what will you as our fearless leaders recommend for us to fill our emergency boxes with?

Pictures of Nancy Pelosi and Rosie O’Donnell in bikinis. It will make aliens turn around and go home immediately, and it will make zombies rip out their own eyes and start eating themselves. If you still want to live, yourself, after seeing those pictures, stock up on ammo and Twinkies.

4- I remember from an earlier post your plan to help with the energy crisis by giving everyone a bicycle to help power our gadgets, and there by losing weight- I’d like mine to be and elliptical please. However as the fattest country in the world it seems to me we need to change our relationship with food. The French have five course school lunches and frown on parents picking up their children during lunch. The Japanese have made it illegal to be overweight. How will you education adults and children in order to eat healthier?

Our Secy of Agriculture Shawna Coronado, has already started a campaign to make food, itself, healthier. The fact is that there is something fundamentally wrong when we can blindfold people and put fruit in front of them, and they can’t tell us what it is because it doesn’t smell like fruit.

5- Teenagers can make some amazingly stupid choices. Is there anything you’ll be able to do to help our teens make healthy choices? I would be nice if more of them could reach their early twenty without getting pregnant, maimed in a DUI, or joining a cult.

As the saying goes, you can’t grow brains and balls (or boobs) at the same time. The fact is that teenagers are going to make stupid choices. That’s why we call them teenagers and we don’t let them vote or drink.

However, we believe the way to start influencing kids to make more sensible choices is to start with the adults. Particularly in schools, there’s no common sense in dealing with kids. As a result, there is no respect for authority, and there is no trust when a teen needs guidance.

Take Zero Tolerance policies, for example. A 10-year-old child in Piper’s school district found she’d picked up her mother’s lunch bag, which contained a small knife to peel an apple. She immediately turned in the knife. Her reward for her honesty and good citizenship? She was suspended from school. I’m guessing she will never make the mistake of talking sensibly to an adult at her school again.

How can we complain about kids not using their brains when we don’t use ours? We will start teaching teens by being better examples. We will re-introduce intelligence and discretion when dealing with our youth rather than simply enforce reactionary measures that abdicate our responsibility to think and respond appropriately. We’re running on the platform of common sense. Instead of trickle down economics, we’re going for trickle down horse sense.

6- We put such a huge emphasis on school and college that those children and adults without that type of book/study intelligence feel stupid and less then- it didn’t always use to be this way. Do you have a plan to make blue collar jobs respectable choices again? Will there be education programs in High School for those who would rather rebuild an engine, lay tile, or landscape then sit and read another text book on the civil war?

We would turn once again to reality TV. Right or wrong, the entertainment industry leads our nation in defining pop culture concepts, such as the concept of physical beauty. In the 1950s, “5’2” and eyes of blue” was all the rage, not to mention blonde hair and white girls.

It wasn’t until such greats as Tyra, Naomi Campbell, Grace Jones became beauty and movie icons that concepts of beauty expanded to include the majority of the population. And Star Trek, alone, was revolutionary with its cast: Lt. Uhura in the heart of the Civil Rights Movement, Checkov in the deep of the Cold War, and Sulu only 20 years after our war with Japan, and while we were at war with Viet Nam. All of these characters were popular images that challenged traditional stereotypes.

If we’re going to get kids excited about being carpenters, policemen and plumbers, we need to glorify those professions in popular culture. Have a “bachelor” who drives a garbage truck. Have a reality TV series about how much money plumbers make. Have sit coms about landscapers who love their work. Kids need to see healthy examples of blue collar professions in the pop culture around them.

7. Every year there are dozens of articles, news reports, and talks on body image and how our media effects our children’s views of themselves. One of the things I like about BBC shows is they have real average looking people in them- not always, but even their pin up lovely ones are more real looking then most of our actors and actresses. Can you as our future leaders do anything about the images our children are exposed to?

Have the children turn off the TV and go outside to play. Then refer to our answer for question 6. J

We want to thank Alica for her time and for hosting us today. It’s been an honor.