Do Your Kids Omegle? Because they’re seeing dick if they do. 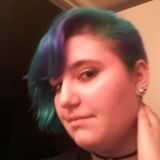 My daughter is not impressed.

Me How was the party last night?

DD It was awesome. We went on Omegle and there were some cool people we chatted with and then we got this old guy showing up his dick, and we screamed, and I think R was damaged cause she’s actually nice and innocent. Anyway we found a pic of a better dick and sent it to him.

Me Excuse me what???

So Omegle is a social media site that hooks you up with strangers. You don’t create a profile, put in your email, or name, you do have to say you’re over the age of 18, SURPRISE kids are using it.

So you get on and agree to behave then wait and suddenly there is a stranger there before you ready to talk, or show you his dick. Now you can add your interests when you get on, meeting someone, anime, knitting, dick, whatever and the site will connect you to people who have also put those things as interests, so you can narrow things down.
DD tells me she mostly uses it to connect with people who like Homestuck and apparently people will cos-play and act out scenarios with other cos-players if they’re online.

Anyway, back to the dick. My DD isn’t concerned or offended by this, she hits stop and they go away. Okay, she now says, “Wow, that looks like a dick only smaller.” Then goes away.

The other night she and her brother were on Omegle and set up the lights and such so when they got someone a red light would surround DD and they would invite the person to join in their satanic ritual. Yes, Omegle is a great place for practical jokes. Most people laughed, some just left, and one guy jumped up grabbed a goat skull and said he was ready.

Not sure what to do about DD, if anything, but I wanted to let the rest of you know what Omegle is and what can be going on there. And while the people you connect with can’t find out who you are from the site itself, you are able to give the stranger you’re chatting to any information you want.

So here is a fun video of an Omegle prank.