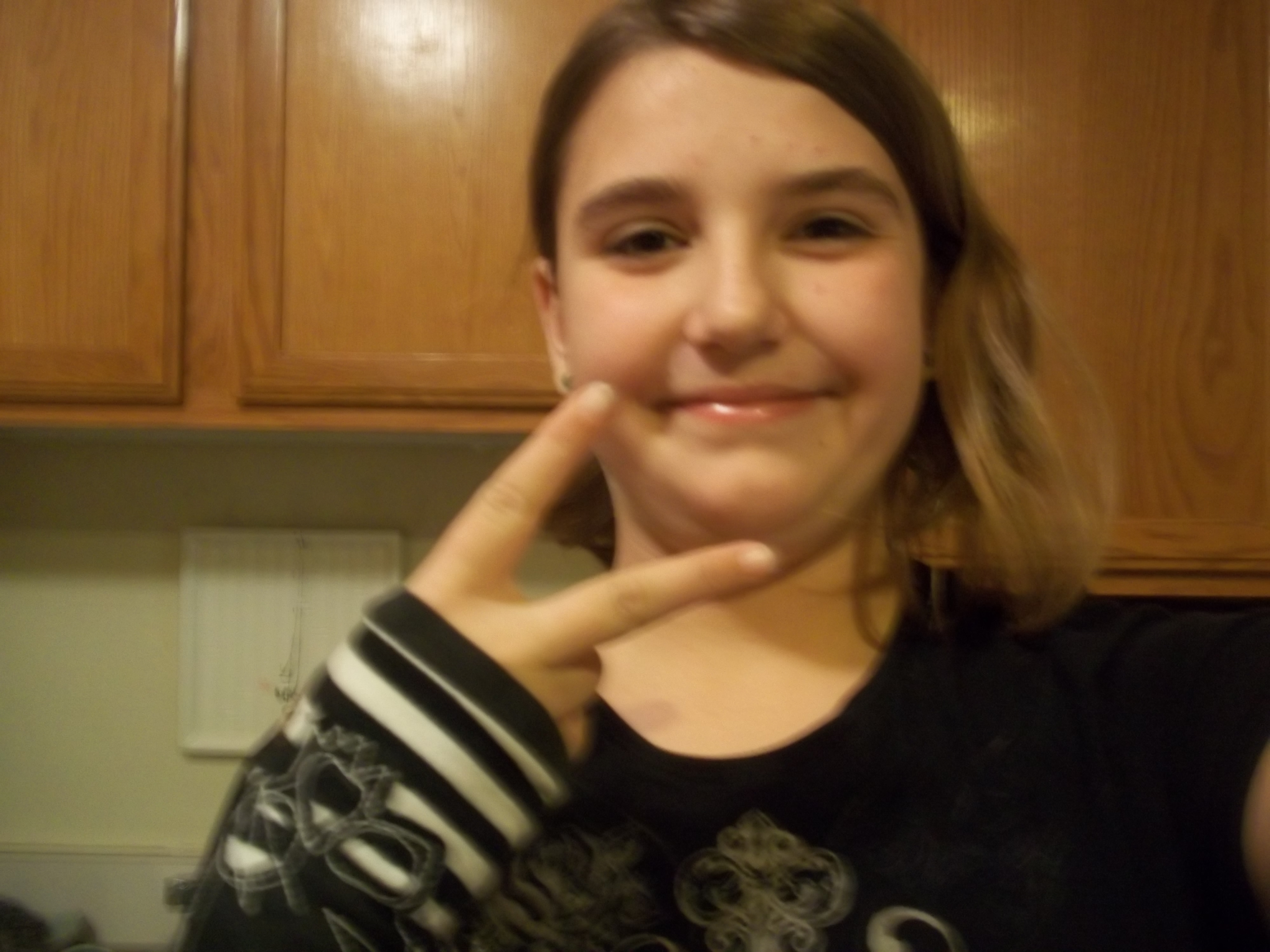 So my thirteen-year-old daughter was on the bus this morning. It was crowded, so she was standing and some man touched her butt. Not an accidental brush, but he put his adult hand on her body and groped her.

Tala, the shy delicate flower she is, turns to him and says, “Get your hand off my ass.”

Large adult male douchebag, “Why should I?”

Tala turns grabs his hand and twists his arm into an arm lock. “I said get your hand off my ASS.” Douchebag  groans as she tightens the pressure when she says “ass.”

She lets go of him and moves to the back of the bus.

Before we rave about how brave and badass she is I would like to note that no one said anything to him or her. On a bus full of women and men (who I assume aren’t douchebags) they let my thirteen-year-old daughter defend herself without support, without speaking up, nothing.  Evil mom glare to all of you!

Anyway back to Tala’s story. At school she tells her teachers, two of which praise her badassery, a third who freaks out because she was sexually molested on the bus.  Both appropriate reactions IMHO.

After telling her dad. Hubby asks, “Why didn’t you break his arm?”

Tala, “I didn’t want to hear the sound.”

My reaction: pride and insisting she up her martial arts training, because what if that douchebag had followed her off the bus or fought back? I always thought that the boy child would be death of me, climbing up telephone poles, leaping from the roof of one play structure to another, and whatever death-defying job he ultimately chooses.  But now it seems like that it’ll be the girl child who gives me a heart attack.