Jury Duty: A Goldmine of Awesome! 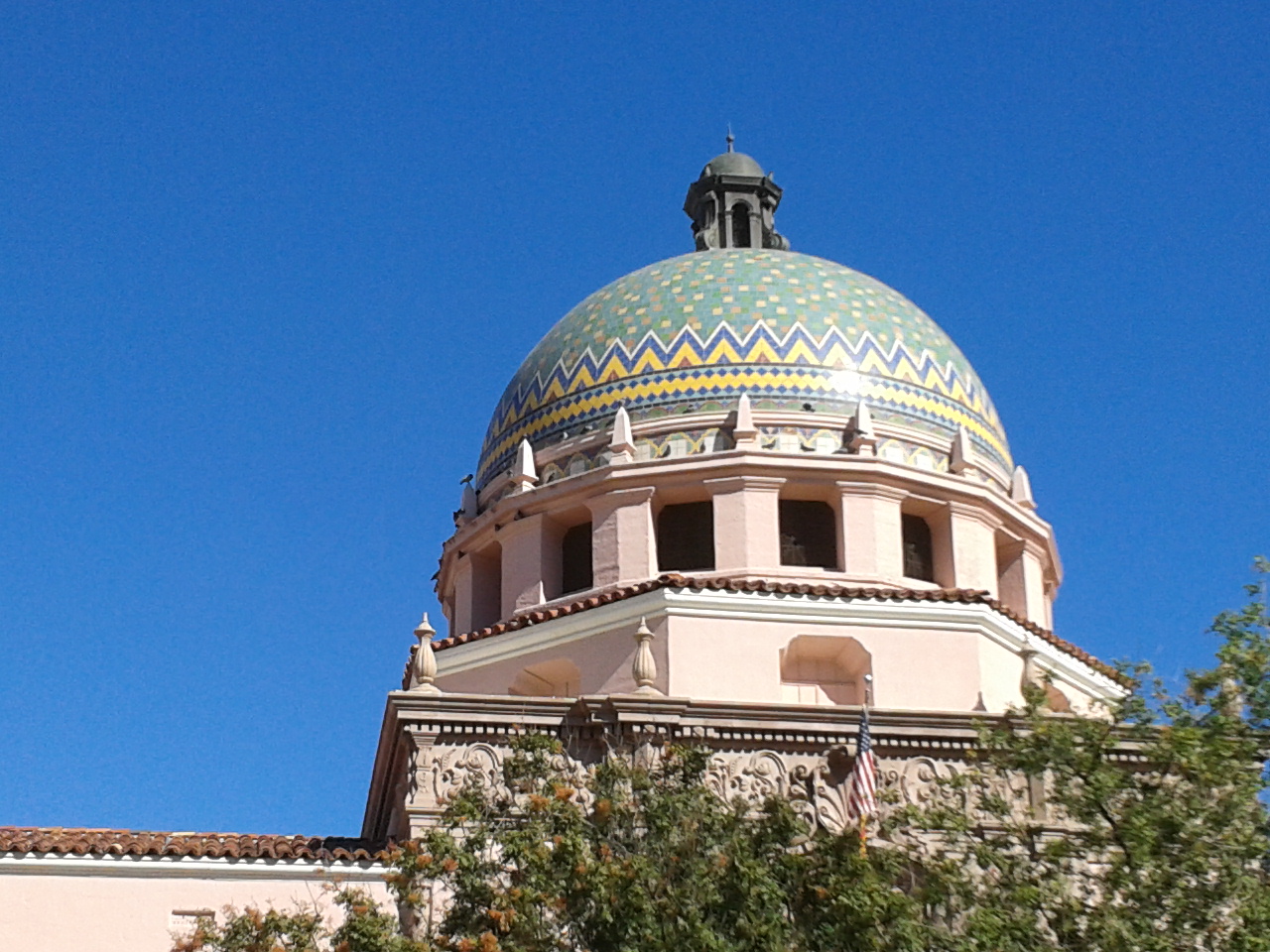 The old court house in Tucson, this was near the ugly modern building I went into.

Most people groan when they get a summons to jury duty. I will no longer be one of those people. The last time I went to jury duty it was a fount of inspiration and study.

While in the room waiting to be called (which I never was, and I am taking that part personally) I people watched.
I learned that some people are a lot more attractive when they keep their mouth shut. I sat across from a tall handsome man, broad shoulders, nice suit, thick brown hair. I remember thinking how he would make a perfect romance hero then he opened his mouth and told his friend an offensive racist joke he just got in his email. I got up and moved. Eye candy should be silent.

People have a variety of odd tics and nervous habits; it was fun to watch, and I am sure they will turn up in future characters.

I saw the cutest man. He was sitting at the Thai place I went to lunch—one of those quick, greasy, yummy restaurants with lunch specials ready to go. He sat a few tables away from me. He was middle aged, plump, and wore tan slacks, white shirt, and blue tie. His legs were curled up under his butt and he leaned over onto his left arm which was propped up on the table holding a book. He ate one handed and he read. I wish I could have gotten a picture, or even seen the tittle of the book.

A lot of people read books to pass the time, but it was never easy to read the title. They would fold over the cover, set it down face down, or upside down. Why? At first I thought it was a coincidence, but then I noticed that almost everybody did it. Be nice and set your book down so the nosy people around you can see what you’re reading!

And the final thing that made jury duty fun: they showed Young Frankenstein—seriously—at the jury duty courthouse waiting room! I thought it was a good choice .

Anyone else have fun at jury duty??