Are you like me? Do you dream of meeting interesting people, trying exotic foods, and seeing places so beautiful they take your breath away? As we wait for unlimited wealth or Dr. Who to make us his new companion (make sure to dress everyday as if today is the day the Dr. comes for you) I invite you to join me on my Armchair Adventures.
This week Armchair Adventures invites you to travel through time to Shogun Japan.

Get something to drink, a snack, and settle in while I give you several book options you can use to travel back to a time full of beauty, ritual, backstabbing, and sexual perversion. 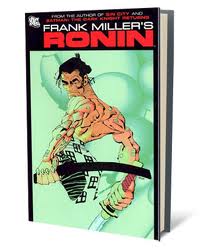 Ronin by Frank Miller
This is a guy’s book. Not that I didn’t enjoy it, but it’s hard to become attached to a Zen Fable that stops, it doesn’t really end because life doesn’t end and honestly I think the ultimate goal of Zen is to drive people crazy. However this is one of my husband’s favorite books so I read it. Like everything else I have read that takes place in feudal Japan there is rape- it is more descriptive then in the other books and was upsetting to me.

I’m not sure what to say, this is the story of a Ronin a masterless samurai, and his journey. He’s an ass, he doesn’t really change. You get a good idea of what life was like for a samurai and village people and was well written. I enjoyed it, but I’m not sure I liked it- does that make sense?? No it didn’t for me either.
I say unless rape is a trigger for you, check it out then you too can be frustrated by Zen.

NOTE- My hubby says his favorite part of the book is the story of the boys training. It comes about half way through, and was good, once I dropped my over protective mom-ness. 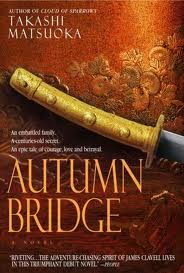 This is a beautifully written book. I felt transported to Shogun Japan as I turned the pages. The customs, dress, and more importantly the Japanese perceptions of white people and what was happening were very vivid.
Because a culture builds upon its past I find understanding Japan and her people during the Shogun helps me to understand the cultural differences now.

Autumn Bridge is not an afternoon read; at least it wasn’t for me. If you are familiar with Japanese history and names then you might get through it faster, but I had to take my time in order to make sure I kept up with who was doing what and where and when we were.

This book jumps between several different time periods, and while it was confusing at first once I became familiar with the names and differences in the time periods I was able to keep up without too much trouble. And the author brings everything together beautifully. I really enjoyed this book and loved getting lost in Takashi Matsuoka’s Shogun Japan.

I do have one nitpick, I wish the romantic relationships had been as detailed as the fight scenes. I don’t necessarily mean graphic in description, but when they do come together I wish the emotion had been shown to us more. That being said, his other book Cloud of Sparrows is on my TBR (to be read) list. This is a wonderful book, and will definitely transport you to the time of Samurai, Geisha, peasants, and western invasion. 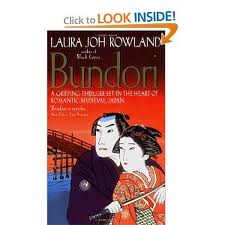 This is the second book of the detective Sano Ichiro series. While reading the first book wasn’t necessary I wish I had because the story is so good that I’m sad I didn’t start from the beginning. This book sends you into the world of 1689 Edo, Japan. The sights, smells, sounds, and tastes are clear and strongly described. Bundori is a murder mystery that kept me as fully entertained and engaged as learning about the world of a Samurai and Ninja. One thing I have learned is people either pretended to follow Bushido, but didn’t and were slimy backstabbing assholes, or you are Bushido’s bitch. No one follows Bushido, you are lying or Bushido rules you. * Hubby laughed but agreed.

I was drawn into this story, hooked into this world, and Sano’s troubles, including a love affair. I was left guessing until the very end as to who had done what and who’s side people were on. While I want to read the first book, the third is currently sitting next to me just waiting to be read and despite ALL the books I have yet to read, I’m thinking I might just go ahead and read this one right away.

The Way of the Traitor by Laura Joh Rowland

The third of detective Sano Ichiro is sent to Nagasaki, the only port in Japan that allowed foreign ships to land during the time of isolation.

It is so much fun to read about Sano as he finally gets a chance to see the ‘white barbarians’. If you have ever wondered how the Japanese viewed foreigners this si the book for you. Another murder mystery drives Sano to find the truth even if it might led to his death. His assistant Hirata, who we met in Bundori, plays a much bigger role and I really enjoyed the chapters in his POV. Like last time I wanted to scream when the ‘officials’ were backstabbing fake Bushido followers, and also scream when Sano’s hands were tied because he did follow Bushido to the letter.
However I want more, and after checking on Goodreads I have found there are 10 books in the Sano Ichiro series, so we can all escape to feudal Japan for a long time 🙂

WARNING all of these books have rape in them in many different forms. Ronin was the most descriptive, while the others books described it in a more detached way. The next time I read a book for traveling back into Shogun Japan I will try and find something that doesn’t include the rape of woman, men, and children. If you want to read these books but are triggered by descriptions of rape email me or leave a comment and I can go into more detail, so you can decide if its something you can handle. I normally can’t, but did fine this these.

Do you have a favorite book which takes place in shogun Japan?

No adventure is complete without food, which I shall explore on Wednesday day. And for the full sights and sounds of Shogun Japan I will have several movies which will make your journey complete.

Because I always offer music to start off your Monday here is a video of Japanese Folk Music Sakura with some beautiful pictures of Japan.