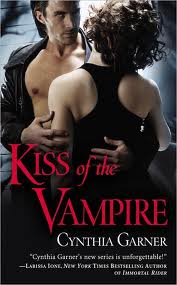 Today author Cynthia Garner is joining me! I am very excited to have her here because not only is she a wonderful author, she’s also a friend and has given me a lot of support on my author writing journey!

My interest in writing got an early start when my sixth grade teacher told us to complete the following sentence: “It was a dark and stormy night…” With that my love of all things paranormal was born.

I didn’t start writing with an eye toward publication until 1999. I had a few short stories win some contests and get published in now defunct publications. A move to Arizona in 2000 and a new job put my writing on hold. In early 2005 I couldn’t keep the stories inside any longer, and made the decision to focus on a writing career, beginning with electronic publishers. Under the pen name Sherrill Quinn, I signed my first contract in September 2005, and my first novella was published in March 2006. In 2009 the first of three Kensington Brava books was released.

By day I’m a mostly mild-mannered Human Resources Manager for a local non-profit organization. I’m originally from northeast Ohio and fled the snow over ten years ago to live in the heat of southeastern Arizona.

1. We’re all supposed to be eating healthy, but what naughty treat tempts you the most?

Oh, my God. What doesn’t tempt me? All I have to do is decide to go on a diet and everything that I shouldn’t eat is everything I want to eat. But I have to admit Snickers Blizzard screams my name every time I drive by Dairy Queen. Thankfully I do sometimes have the willpower to ignore it.

Diet are evil things, and will power is something I seriously lack.

2. If your book was turned into a movie who you play your main characters?

The actors that I had in mind while writing KISS OF THE VAMPIRE were Joe Flanigan (Stargate Atlantis) and Morena Baccarin (Firefly, V). I’d be a happy camper if they played the starring roles.

3. How old were you when you fell in love with reading? Can you remember what book/ books it was that inspired you?

I honestly don’t remember which book inspired me. I’ve always been a reader—it’s compulsive. Reading the cereal box at breakfast, for example. I do remember reading my cousins’ Hardy Boys books as a kid. I liked them a lot better than Nancy Drew—Frank and Joe got into more trouble than Nancy did.

I read both Nancy Drew and the Hardy Boys too!

4. What superstitious or OCD habits do you have before you write?

I’m not a superstitious person by nature, so I actually don’t have any superstitions about writing. It’s going to work for me, only I don’t have to commute anywhere. As far as OCD goes… I do obsessively check my email every 5 minutes, and if my Internet connection drops out I’m a crazy person until it comes back up.

I have to shut my email off when I write, other wise I check it constantly.

5. When the zombie apocalypse comes what is going to be your weapon of choice?

Whatever’s the best one to use from a distance.

Good plan, it’s important to stay for away from things that want to eat you.

I only follow a few—I’m a big fan of Leverage and Castle, so I follow many of the actors (and writers and directors) on those shows.

7. What mad ass survival skill do you have?

It would alert others that danger is coming.

Cynthia thank you so much for Hanging out with me today! I managed to beg nicely enough to get a sneak peek at her next book!

Win a Free ARC copy of Secret of the Wolf!!! Cynthia just emailed me and told me she wants to give away copies of her newest books, so leave a comment below by Friday 6/8 Midnight and I’ll announce the winners Saturday. 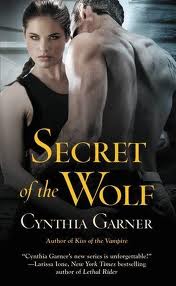 WARRIORS OF THE RIFT SERIES: Secret of the Wolf

Once a generation, the rift between the paranormal world and the human world opens, allowing supernatural entities to cross. Vampire, demon, or shapeshifter, they can save the world–or send it spiraling into chaos.

As a werewolf liaison to the Council of Preternaturals, Tori Joseph is used to straddling the world between humans and immortals. She plays by the rules and always delivers justice, no matter the cost. But after a string of increasingly brutal attacks results in humans turning into werewolves, Tori doesn’t reveal her horrifying suspicion: Someone very close to her might be responsible.

Investigating the paranormal violence, no-nonsense detective Dante MacMillan believes Tori is hiding something. His search for the truth draws him into greater danger as he gets closer to the dark realm of the immortals—and to the sexy werewolf who stirs his primal lust. Now with evil closing in around them, Dante must convince Tori to trust him . . . before her deadly secret destroys them both.

She moaned into his mouth and pressed closer, breasts flattening against his chest. Dante moved his hands from her waist to the small of her back, pulling her lower body firmly against his. Her fingers tightened on his shoulders.

He reluctantly became aware that the music had stopped. Stepping away from Tori, he kept his hands on her waist and stared down into her eyes, feeling like someone had cut him off at the knees. He was stunned by the primal urge to claim this woman right then and there, in the middle of the crowd.
He’d had no idea he could be as primitive as a Neanderthal. Or a preternatural.

With a smile full of feminine promise, Tori took one of his hands and led him off the dance floor. He trailed behind her, willingly following her lead, feeling just a little off his game.

She slid into a booth at the back of the club and Dante took a seat across from her. She flagged down a passing waiter and in a husky voice said, “I’ll have a Screaming Orgasm, please.”

“I’d like one of those, too,” Dante rasped. He cleared his throat. “But give me a beer, whatever you have on tap.”

“You got it.” The waiter walked off, a grin on his face.

“Chicken.” Tori leaned forward and traced a finger across the table. Back and forth, back and forth. It was mesmerizing, the rhythm.

Made him think of another kind of back and forth he’d like to do.

*fans self* Oh my, I’ll need to read this book with the air conditioner on high!