Mad rambles of the first week of a ‘cleanse’

Okay so I’m calling what I’m doing a cleanse, because that’s what it is. I am cleansing my body to try and break unhealthy eating habits, and also trying to create new ones. Anyway now to the fun part- my thoughts, such as they were, for the first week of raw fruit and one protein shake per day.

Day 1- I am high on excitement and self-righteousness. I will beat my unhealthy eating habits. I will rise above negative thinking and slay the dieting yo-yo. I am the master of my destiny!

I kicked but during my workout! And while I feel a touch light headed it’s not enough to stop me!

This lasts until I feed the children dinner and damn it- I’m hungry, but I have told too many people about this so my ego comes to the rescue and I sit and smile while they eat. After I eat some dates. Rod (hubby) brings me a plate of tomatoes and avocado. I chew slowly to make it last. 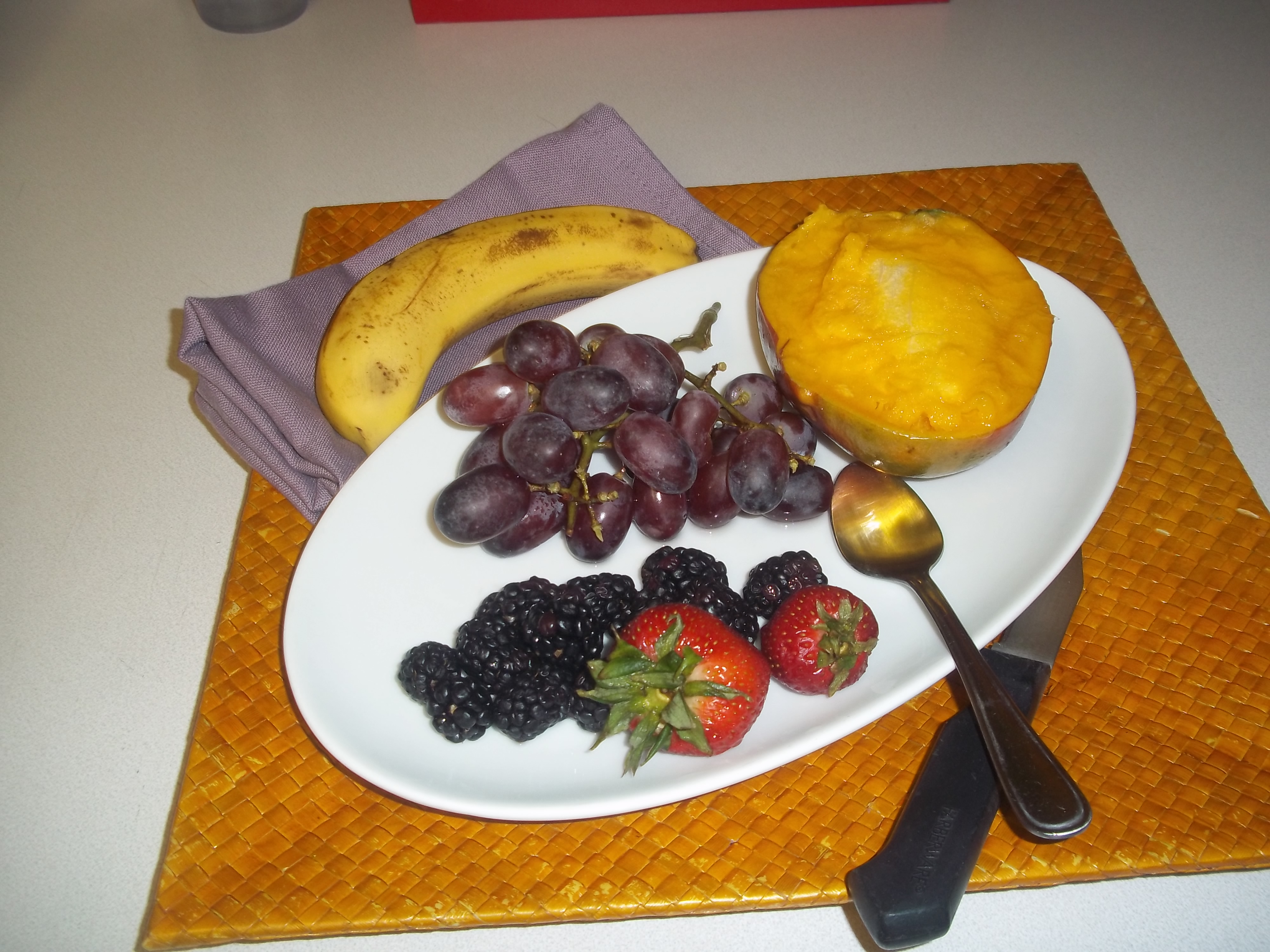 A yummy breakfast Rod made for me.

Day 2- I expected to wake up so hungry I would try and bit someone, but thankfully due to Evil (aka my personal trainer) being in a good mood yesterday I am so sore I can’t even feel my stomach. So my breakfast of fresh fruit is welcome and enough. I’m thinking about making fruit for breakfast a life long thing. I like feeling this light.

I also feel like I look smaller- my upper stomach isn’t pooching out because I stuffed myself full of food.

I worked out, I never felt light headed, but I know I do have muscles because everyone of them hurts! My torture partner feels the same way so it’s Evil’s fault not my diet. 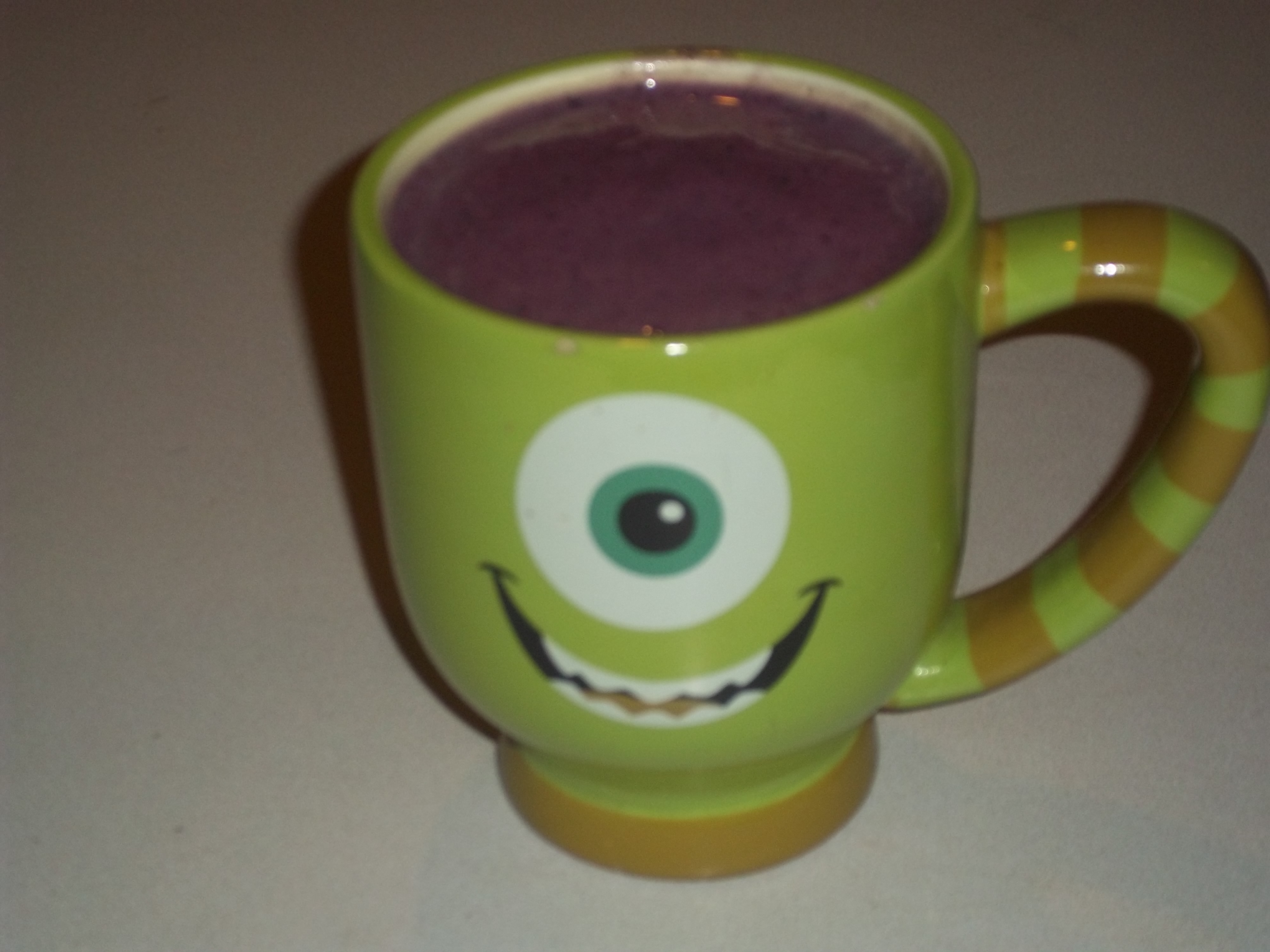 Okay tonight I was tested, not only was there popcorn in the house- yum. One of my work kids threw a big fit- it last about 45min. Normally the stress would have me making nachos, but that was not to be. What did I discover, that while yes I was stressed out I was also able to cope. I took some aspirin for my headache and some Melissa (Lemon Balm) for my stressed and racing brain and was able to fall asleep with no problem.

Made it to the end of the day- my energy was good, I didn’t need my nap and Rod made me some amazing guacamole for dinner- I ate it with sliced cucumbers- yum!

Oh and I was able to button a pair of jeans I couldn’t last week- I still couldn’t zip them but I was an inch away from buttoning them week- so major improvement. It’s interesting how much space food takes up. I think I need to add portion control to my list of stuff I’m working on.

Day 4- I started out good. Some friends took me to the movies and I smuggled in grapes. I was worried that the smells of popcorn, nachos, and candy would do me in, but it has been ages since I went to the movies and I got so sucked into it that I didn’t care. The Avengers is amazing!! Joss Whedon is a movie making god!

I get one weekend off a month- this was my weekend. Normally it’s a time of great indulgence, so I had a difficult time settling into my fruit only routine. Dumped a ton of salsa into my guacamole tonight just for a different flavor!

Day 5- Took my family, who were feeling very betrayed, to The Avengers. Rod was a sweetie and didn’t eat the popcorn even though he loves it- daughter (Tala) has a black mark on the record now for happily munching away.

After words we went shopping. By the end I was very tired and felt really overwhelmed by all the people and energy around me.

More guacamole and cucumbers for dinner, then we went out to a fund raiser for my daughters school. There was a buffet filled with all sorts of snacky stuff. Rod filled a plate with strawberries and got a me a water- and he didn’t get anything for himself, he so rocks!

Everything was fine until I got a call about intense drama with my work kids. I became very anxious and had a lot of difficultly calming down. My poor co-workers must have gotten a dozen calls. They were very sweet, and of course they took care of everything as I knew they would. But not being there, not being able to get there easily, and feeling that out of control- that’s why I eat. I wasn’t hungry, but damn I wanted those friggin’ chips and candies!

I made it, I breathed and focused on the facts and tried to keep my writers brain controlled and not letting it run off with a problem that was fully under control into an apocalyptic event. I took Melissa to fall asleep. 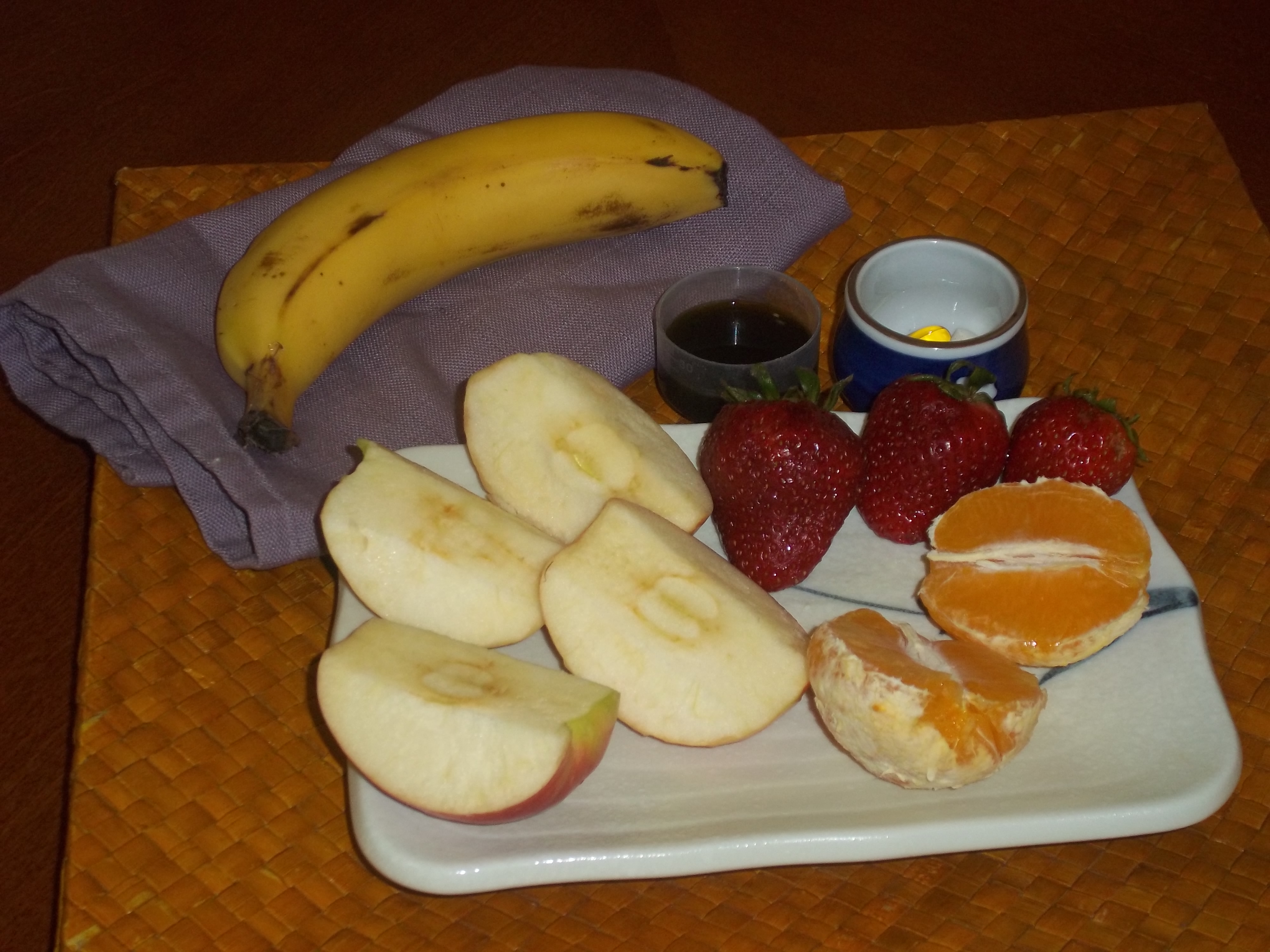 Day 6 – Woke thinking about work kids- called and checked in took more Melissa. Watched Season One of Sherlock- just as awesome as I remember. Went grocery shopping with Rod and picked out some stuff. Came home and watched Ra-One and then took a nap.

Today was difficult, I was very emotional and wasn’t able to numb my emotions in my normal way. I did write in my gratitude journal to try and keep myself focused. This is the biggest habit I’m trying to break. So good practice I got through big emotional issues without major trouble.