Creating Diversity Tip Five: Don’t be afraid to offend people.
Redheads are often portrayed as sultry nymphomaniacs. No one minds writing us this way. Those of you who know me can just be quiet!

No one worries about offending redheads, and yet we bite our finger nails with fear about possibly offending someone of a different color, religion, or sexual orientation. Why? We are all people and while we should try not to stereotype people sometimes it just works.

Your bad guy could be any color, but when you close your eyes you see a skin head with a scar across his face. Your sexy black hero can dance if you want him too.

Whenever you say all X people are Y, you are stereotyping. When you say, Greg a Cree Indian raised by his grandfather in the mountains makes his living leading tours and tracking, you’re not stereotyping. Now if his cousin Paul who grew up in Cincinnati and is a lawyer can magically track, then we have a problem. 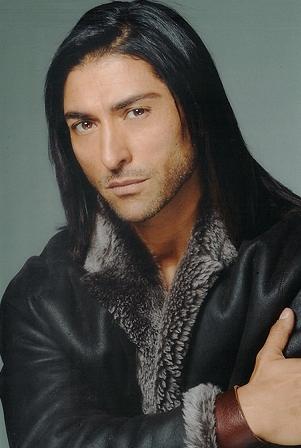 Some traits are true, and while not true of everyone can be true of some. Do all lesbians have short hair, bind their chests, and identify as male? No, but some do, and if your character does that doesn’t mean you’re stereotyping. Is your gay character flamboyant and a fabulous dresser? Maybe, why not. But his boyfriend could be a muscular cop whom no one would guess is gay and whose idea of dressing up is a button-down flannel shirt.

A good way to not offend people: be specific. Know your character, what drives them and where they are from. Is your Indian man third generation or eighth? What tribe is your Native American from? How accepting of gays is his family? These things make a difference, and the more specific, you are the fewer generalities you’ll use and the less chance of offending people.
Characters in stories are larger then life, and as long as you’re not saying this is how it is for all of “them,” then why not have your white southern belle scared when the guy in gang clothes comes into her shop. Then give him a teacup dog and polite manners to go with the tattoos covering his arms.

Remember you can’t make everyone happy, no matter what you do, so why try? Write your story, celebrate diversity, and be creative.

Tell me about a character you’ve thought of writing, but have been too afraid to because you don’t want to offend anyone.

Which stereotypes about you/people of your race, religion, or sexual orientation do you hate? Which ones do you encourage? Which ones are true about you or someone you know?